A couple of weeks ago (read over a month ago) I decided to pay a visit to Paris’ iconic Musée d’Orsay. I had originally planned to wander around and discover all of my favorites from art history classes past, but was quickly sucked into their temporary exhibit: SADE. Let me tell you, this exhibit was HUGE. So big with so many different works. I spent at least two hours in there. It also is an exhibit you will either absolutely love or absolutely hate, for reasons I will explain shortly. So bear that in mind. Luckily, it’s free, however, so if you hate it you can just zip through and continue to peruse the museum’s permanent collection. 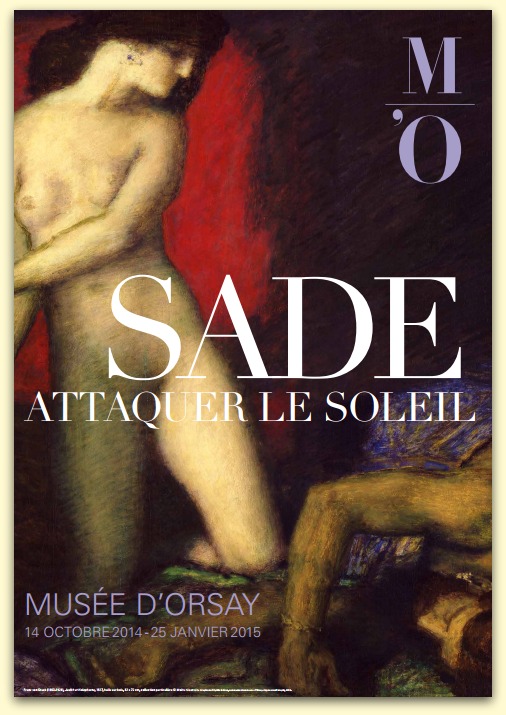 The exhibit portrays the ways in which the infamous Marquis de Sade’s writings and philosophies influenced 19th century artists, thinkers, and writers. Let me tell you, the concept and construction of this exhibit was not only fascinating, but extremely well designed. NB: I was not overly familiar with Sade’s works, and felt like the exhibit gave me a thorough education and provided me with enough background that I didn’t feel lost. And the design was absolutely flawless.

You start by entering a dark room where hanging screens show clips from films that fit with the themes of Sades works, such as “Dr. Jeckyll and Mr. Hyde,” ‘The Girl Without a Face,” and Bunuel’s “L’Age d’Or.” After this you are introduced to a timeline of Sade’s life, before entering the main portion of the exhibit: a series of rooms thematically based on different philosophies Sade promoted, such as violence, promiscuity, and voluptuousness. The rooms all feature large wall texts with quotes from Sade, as well as explanations of how these different philosophies were featured in the art of his time, and around the room smaller quotes are inserted between the works.

One of the most impressive aspects of this exhibit was the scale of it—it was truly enormous and filled with a shocking number of pieces. It also contained highly diverse works—paintings, photographs, books, models, sculpture, the whole artistic gamut—meaning there was truly something for everyone involved. Moreover, these weren’t obscure works from smaller artists, but highly renowned popular works from artists like Delacroix, Picasso, and Courbet. And the wall texts? Truly wonderful—fascinating, informative and well translated. What I loved about this exhibit was that it took you on a real tour of Sade’s thoughts, and provided an unusual glimpse at the 19th century art, which I feel is often regarded as conservative in comparison with the radical modernists who followed. (I would argue that every century contains lots of radical art—that’s why we study art history—but I also feel that’s easy to forget since we are exposed to so many contemporary and modern works.)

Perhaps even more impressively, the exhibit managed to focus on the dark underbelly of the art world—the endless preoccupation with sex, violence, and contortion—without condemnation or condonation, showing solely how one artist’s voice and preoccupations created a dialogue between many different artists in different mediums. The only thing it did seem to condone was the absolute right for this art to exist, the possible need for it to exist, and the fact that it likely will always exist whether society approves of it or not. (Interestingly enough, I saw this exhibit on the same day that the Charlie Hebdo offices were attacked…food for thought.)

I suppose that my only gripe with the exhibit was that, as a viewer, there was really only so much violence and sex and contortion that I could handle. It was fascinating, and I was quite religious about reading the wall texts, but by the end of the exhibit I started moving quickly through the rooms, stopping only for pieces that really grabbed me. In a way, the impressive scale almost killed it—leaving me so tired that I couldn’t completely process the later parts.

I should also add that, while I found the entire concept fascinating, many of the works were not to my taste and I hit a point about halfway through where I didn’t want to see much more. But that’s my personal preference. Others may well feel differently.

That said, it was an immensely impressive exhibit and (if you think you can stomach it) definitely worth checking out. I would recommend giving yourself time for it, however. I meant to pop in for a half hour and spent WAY longer in there, even with my speeding along at the end. If you have a few hours to kill, however, pop on in! You won’t see anything else like it—that I can guarantee. 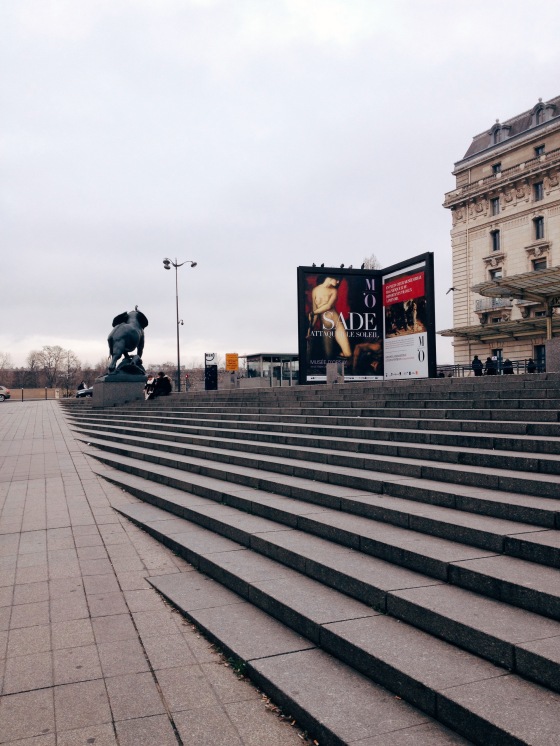 Did you know that? I do! I have been neglecting you for many months, it is true, but my deep appreciation is still there…buried under mountains of this… 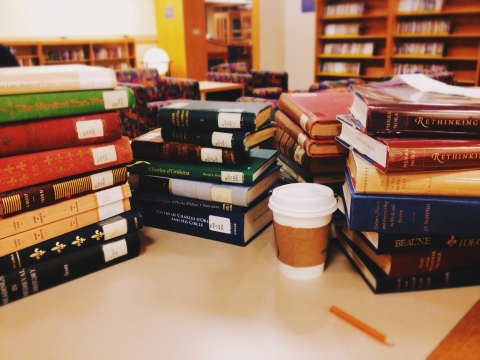 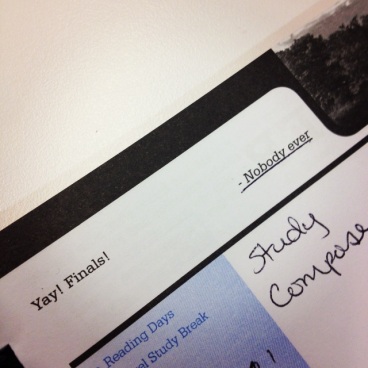 and some of this… 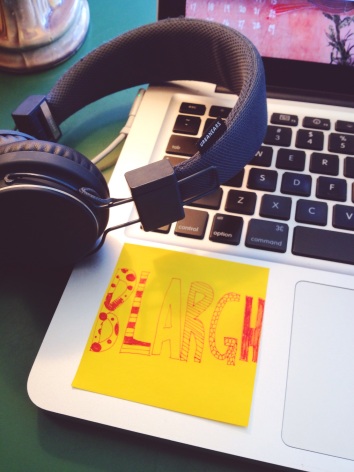 not to mention this… 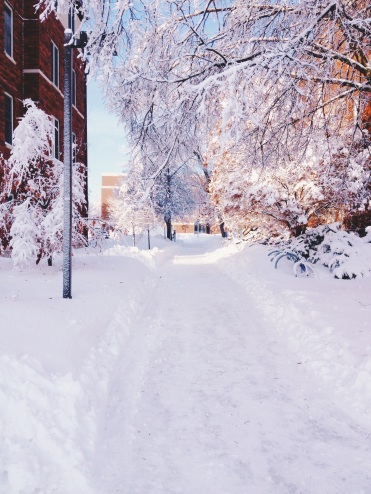 and of course this (to compensate)… 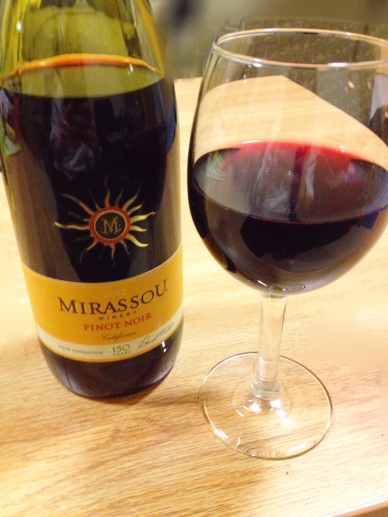 Yes, I’ve been in the doghouse for quite some time. Such is the case senior year…or so I’m told. My main priority has been finishing my comps project — a 20-page French paper wherein I focused on THIS GUY: 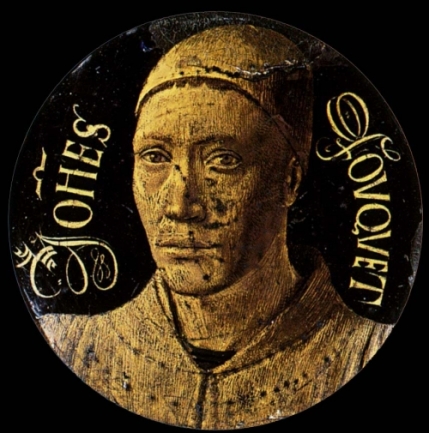 Jean Fouquet, a French court painter who was totally made of awesome. I briefly discussed him in an earlier blog post, so I’ll spare you a long schpiel, but I focused on his portraits (including a super famous one of Charles VII) and I have to say I had so much fun writing this paper. Also many frustrations, because that is a heck of a lot of research and, even worse, a LOT of writing in French!

Nonetheless, I have finally reached spring term and things are looking up. I’m going to have a reasonable course load, and I plan on doing all of the fun extracurriculars, basically just soaking up all the good things I can about college before I leave. One of those extracurriculars will be blogging, so hopefully, you’ll see more of me in the coming weeks!

In the meantime, I hope that your Aprils are sunny and warm and nothing like the slushy, cool, it’ll-probably-snow-5-more-times weather of Minnesota. And I hope that you are well.

I have a great friend who sends me lots of links to clever posts from buzzfeed and other sites. Since she and I took an art history course together, many of these revolve around art history nerd humor. Well, today … END_OF_DOCUMENT_TOKEN_TO_BE_REPLACED

Last week I finally started classes at Paris IV. I’ve been trying to think of clever and fun things to say about them, but I’m drawing a blank. Perhaps it is because I have had to use my brain a lot more this week than normal? Anyway, here’s the basic gist:

1) These classes are very challenging. I don’t feel overly qualified, nor do I know where how my art history knowledge matches up to the other students. Also the language barrier can be a problem. END_OF_DOCUMENT_TOKEN_TO_BE_REPLACED

I always loved the Louvre, and now it’s starting to feel like a home, full of good friends that I can visit and converse with. I revisited the Medieval Wing today to really look at the works we studied in class (and get photos). I felt (nerdily) cool to be walking amongst all those tourists with such purpose. Here are mes amis de jour. 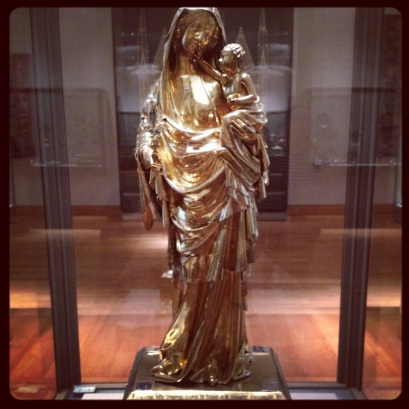 END_OF_DOCUMENT_TOKEN_TO_BE_REPLACED

I have a course with Sweet Briar that covers French Medieval and Renaissance art. I signed up for it because A) I’m an art history major who feels obligated/inclined to take art history classes in Paris, and B) I knew from the moment I met him (in my art history methodology session) that I wanted to take my professor’s course. He has all the makings of a great educator – the desire to connect with his students, a good sense of humor, an
incredible knowledge of his subject matter, and a fierce passion for what he teaches. In END_OF_DOCUMENT_TOKEN_TO_BE_REPLACED 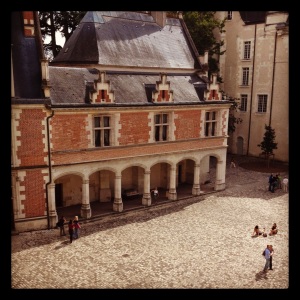 After we had spent a good amount of time wandering around Chambord, we climbed back into the bus and headed back for Blois. Now, as you saw in the previous post, I loved Chambord, but Blois was something else entirely. The castle has been built up over the centuries, and now contains 4 different styles of architecture from the Medieval, Renaissance, and Baroque periods. The interior was also completely redone to look like it did during the period when French kings occupied it. END_OF_DOCUMENT_TOKEN_TO_BE_REPLACED 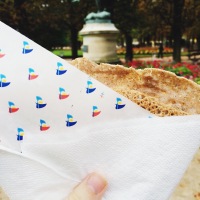 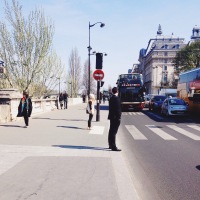 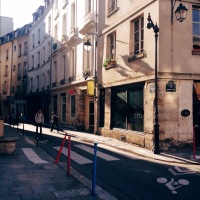